Hand Distancer is an antimicrobial brass touch tool that can be used to open doors, press buttons, and operate touchscreens. 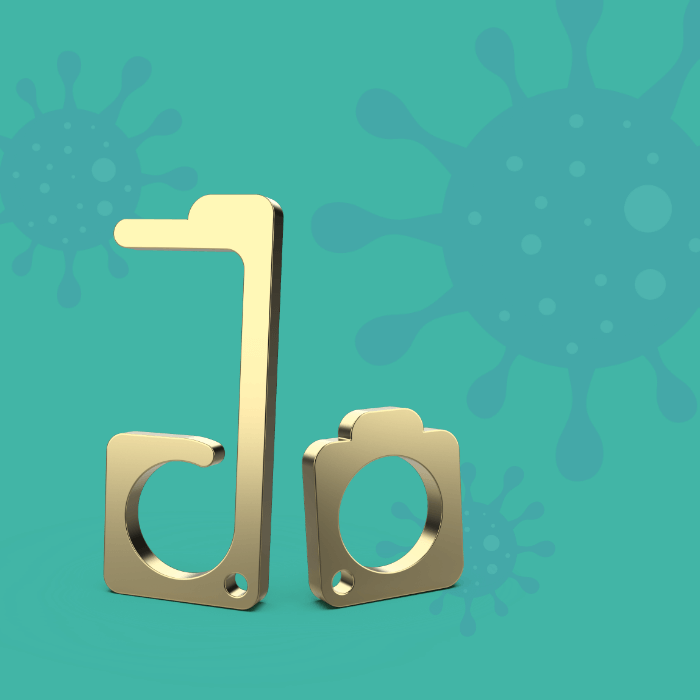 What you get is what you see

This project was urgent so building these organic channels for reach wasn’t realistic. Instead, we focused on the quality of the posts to build trust with consumers.

Facebook and Instagram were the strategic focus, as data showed they provided the best ROI. The sharing capabilities of those platforms combined with real post content allowed us to educate consumers and show authenticity, which proved to be a key touchpoint in the customer journey. 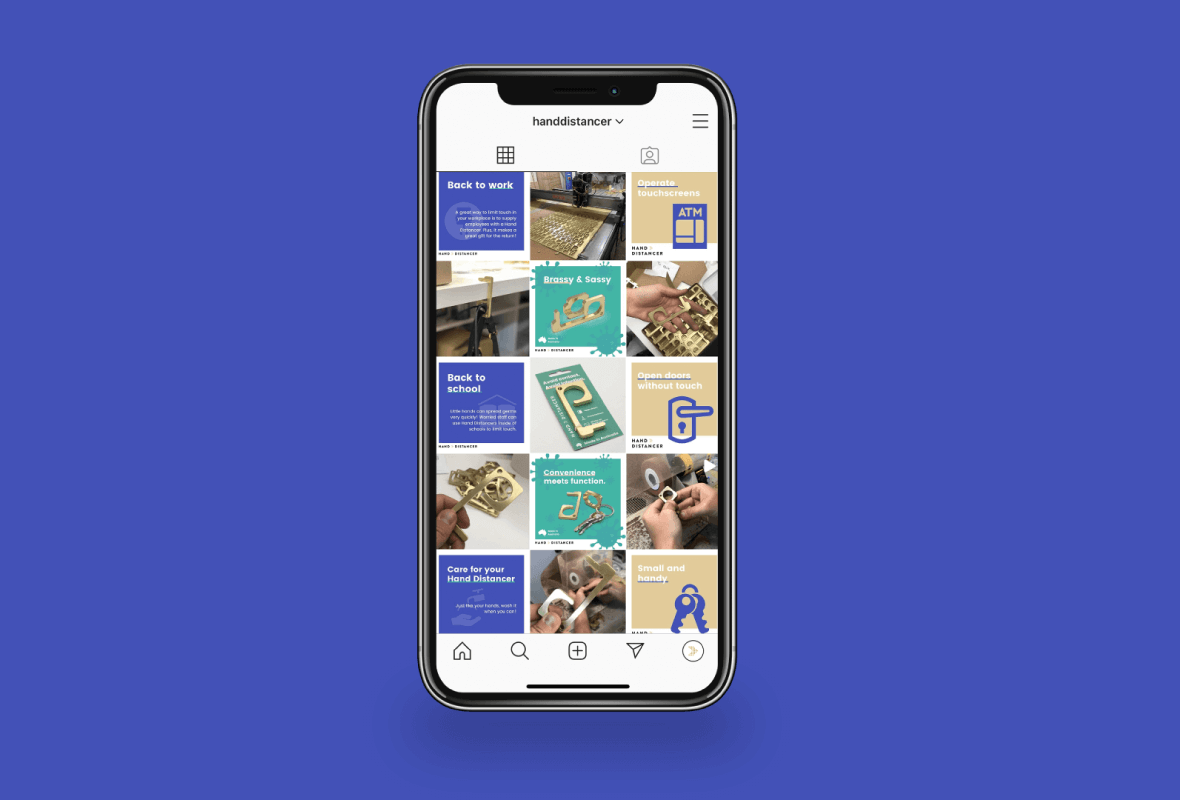 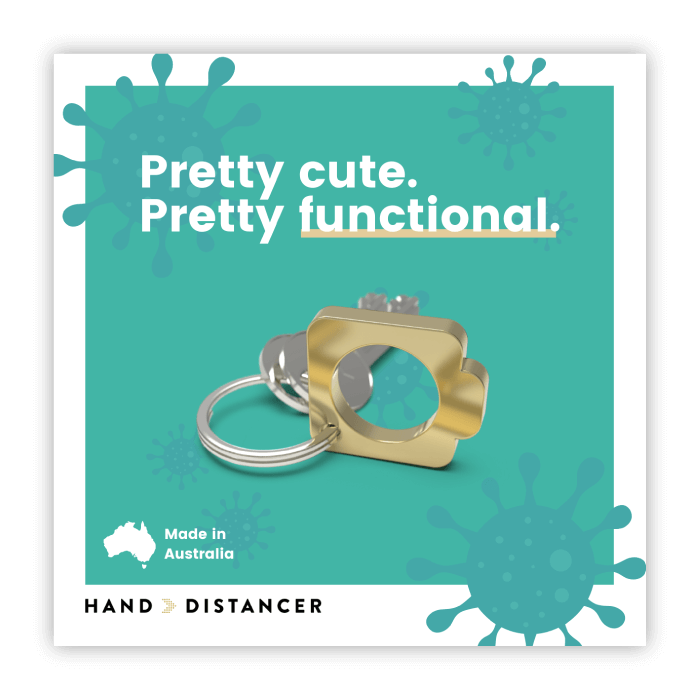 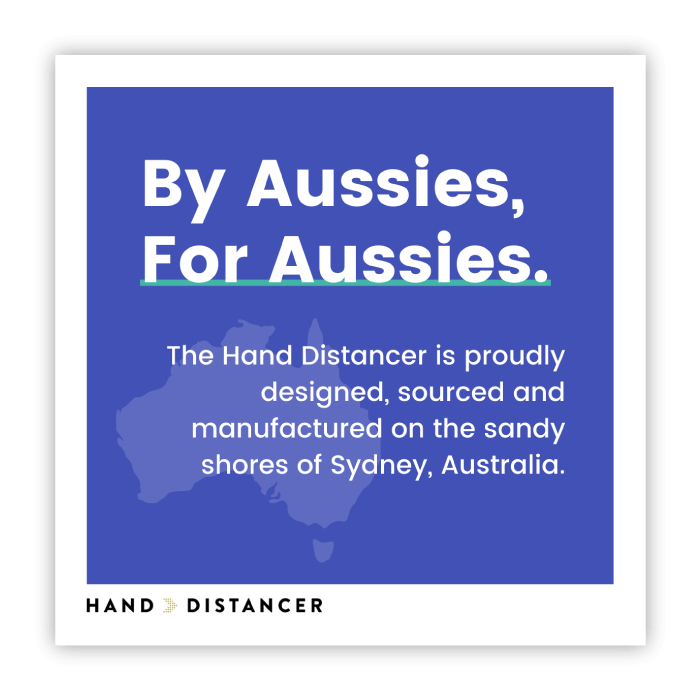 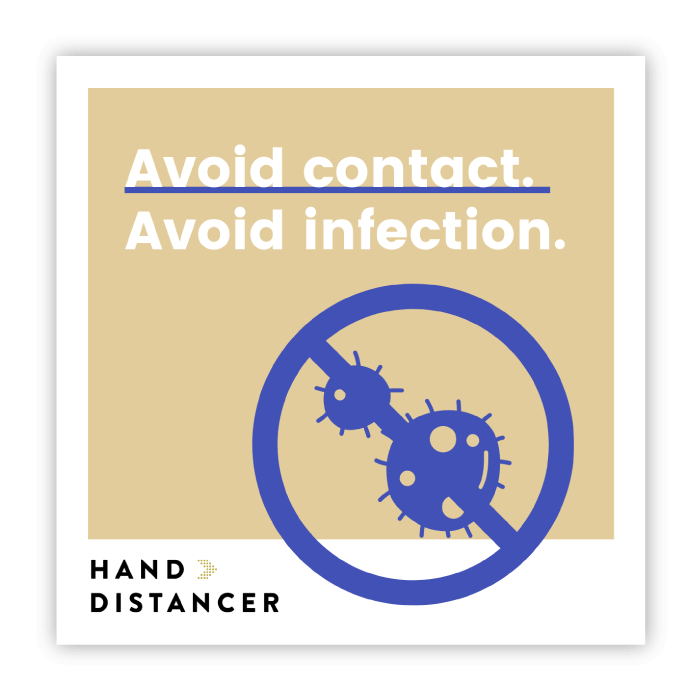 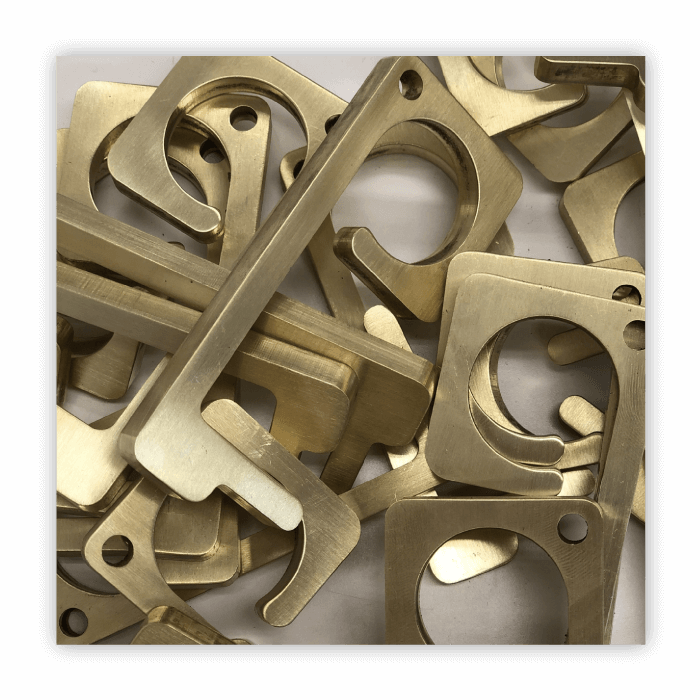 So stupid you have to laugh

This silly but successful in-house production was created to be shared across the Facebook platform without us having to do much. With it’s ridiculous 80’s soundtrack, subtle Covid-19 references, and several Australian icons appearing throughout, the video got people talking.

We spent $7k on the campaign including ad spend and production over 1.5 months. 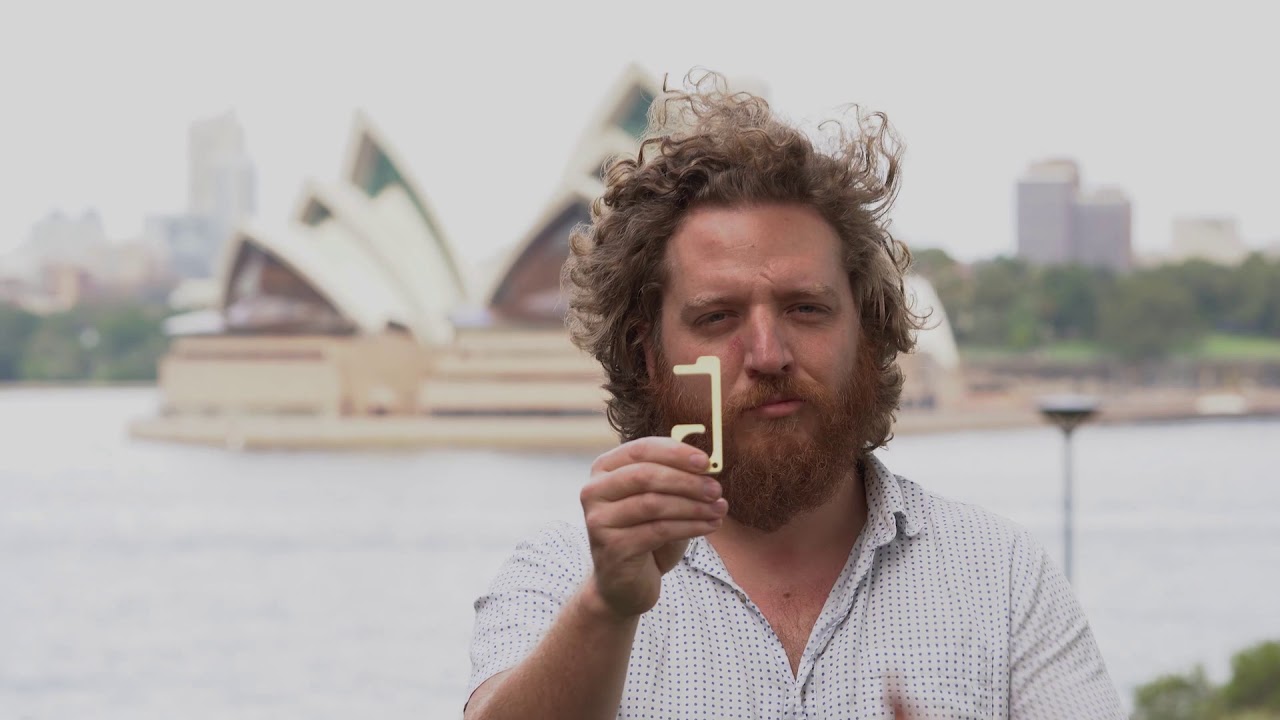 With a short window of opportunity to sell this timely product, urgency was key to this project. In fact, the entire website had to be built in four days.

To make it happen, we focused our efforts on the things our competitors were lacking: product availability, a local Aussie presence, and trustworthy design.

The finished product was a single page site - perfect for the small catalogue. Simple, direct and clear messaging made copywriting less cumbersome as well.

We brought the look and feel of the brand into a three-page flyer to help convey the important aspects of the product to interested parties. 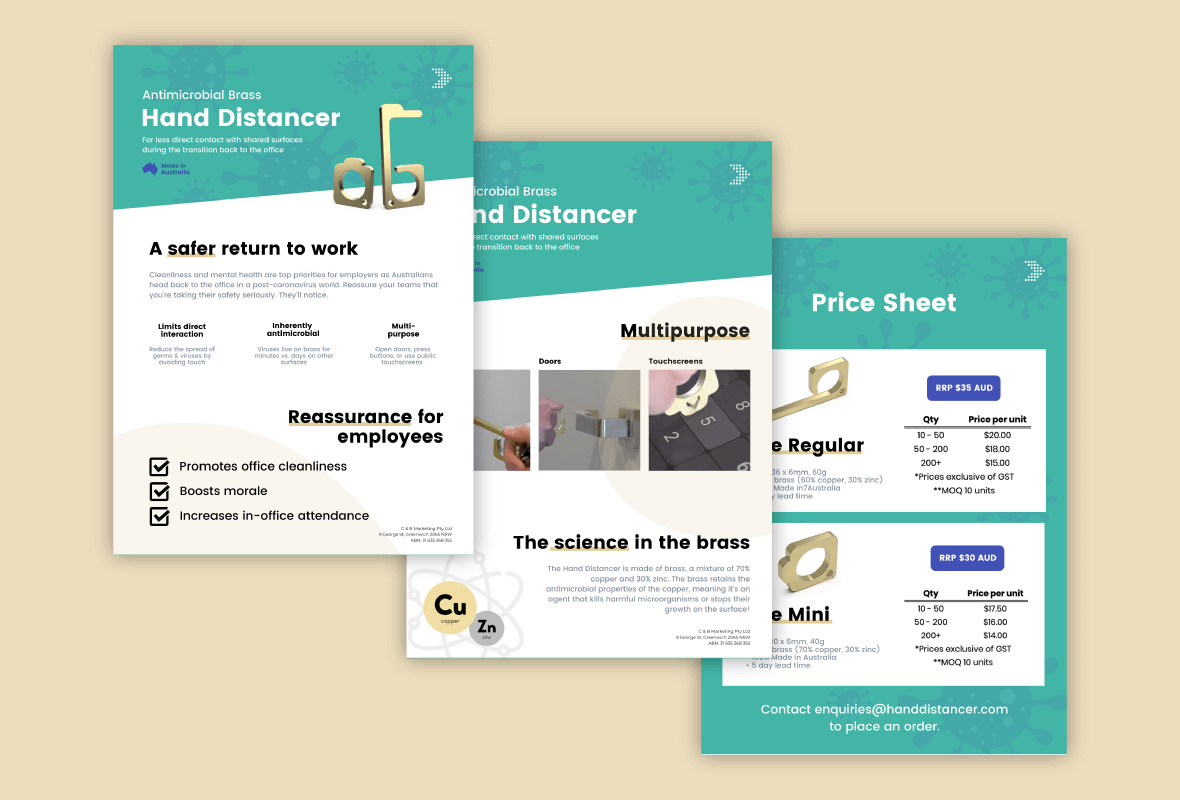